Weighing In On Some Evidence for Forefoot Strike vs Heel Strike 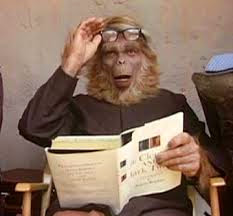 In 2010 I wrote :There appears to be a continuum of preference for barefoot running related to a runner’s efficiency and abilities. Certainly runners that have grown up running barefoot in areas where it is more prevalent, like Kenya, have been conditioned to run more efficiently barefoot than more industrialized countries. Beyond that elite athletes are exceptional in their foot musculature and would have an easier time in general running barefoot than others. A word about zealots on both sides of running barefoot vs shod. Some will experience cognitive dissonance when their point of view is challenged. This means that when presented with evidence contrary to their point of view they will tend to deny it or reframe the evidence as if it was part of their argument all along. We should remember this, otherwise we are no better than the iconic Dr. Zaius who held both the posts of both minister of science and defender of the faith, a conflict of interest that does not seek out answers, only support for our own preconceived views.

It turns out for the answers are very individual and may not be what we expect. Podiatrist and biomechanics guru Kevin Kirby,DPM brought two important papers to my attention in a recent conversation. The small studies done by Kumala and Rooney independently suggest that forefoot running may offload the knee but not during the adaptation phase if you are a heel striker and heel strike running is easier on the ankles, My own take on previous claims made by Dan Lieberman that we were born to run barefoot(approaching forefoot strike)based on anthropological research was that it was not relevant to modern running. There will be more research forthcoming.