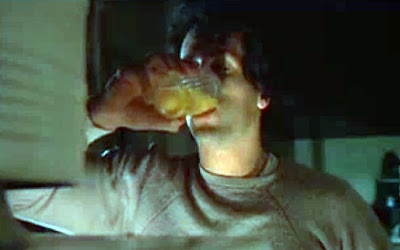 Who could forget Rocky Balboa getting up at a crazy hour in the morning, washing down 3 raw eggs for breakfast and running the streets of Philadelphia. Forget the fact that he was wearing his Chuck Taylor’s during training. When it comes to running and other sports injuries just as important if not more than the shoes we wear is how much recovery sleep we get, not over training and paying attention to strengthening his core and other leg stabilizing muscles in our trunk. A study by Tracy Dierks, assistant professor of physical therapy at Indiana University, found that toward the end of a normal running session, runners generally displayed an increase in motion in their hips, knees and ankles. It is thought that larger movements lead to more injuries. This coincided with the runners’ perceived level of exertion. In a separate study conducted at the Manchester Marathon the running form of marathoners changed between the 10 and 32 km points. At the beginning most runners were using a forefoot to heel pattern while at the end it reversed. We all know the effects of individual muscle fatigue on injuries, your leg muscles get tired and all of a sudden you injure your knee. EMG studies have shown that the anterior shin muscles fire 85 % over their fatigue threshold in running. Hence it is no surprise that many runners develop shin splints. It turns out that over all fatigue plays an important role just as localized muscular failure to an area. No one has been able to prove decisively why this happens but it is probably multifactorial. As our form degrades with fatigue we are in a less stable position to prevent injury. It is also reasonable to assume that as you fatigue the brain’s ability to execute precise movement patterns also degrades. What to do? Develop the core and support muscles. Heighten the body’s spatial awareness with agility drills. This is why track work deconstructs the running stride and uses drills to help perform more efficiently. So what can we conclude? Improper sleep, fatigue and over training are big factors relating to injury. To help counter this we can do specific training exercises to strengthen some of the muscles that degrade before injury. Maybe Rocky was on to some by not wanting to break training with Adrienne!