Making the Olympics is all about timing and sometimes a little luck. 1500 meter runner Sarah Brown had the third fastest time in the US in 2015 which would’ve placed her on the team if the Olympics were held last year. This past year she had an unexpected great surprise delivering her newborn Abigail. She also ended up reinjuring her Achilles tendon. Her track work with spikes was shortened because of the injury and she was not in the optimum condition to qualify for the team going to Rio. Sarah and her husband Darren researched physicians that provided treatment with EPAT (Extracorperal Pulsed Activation Treatment). After three treatments she is 25% better and feels like she can pushoff her forefoot with less strain each day. We will be examining other avenues of treatments in her return to US championship form. 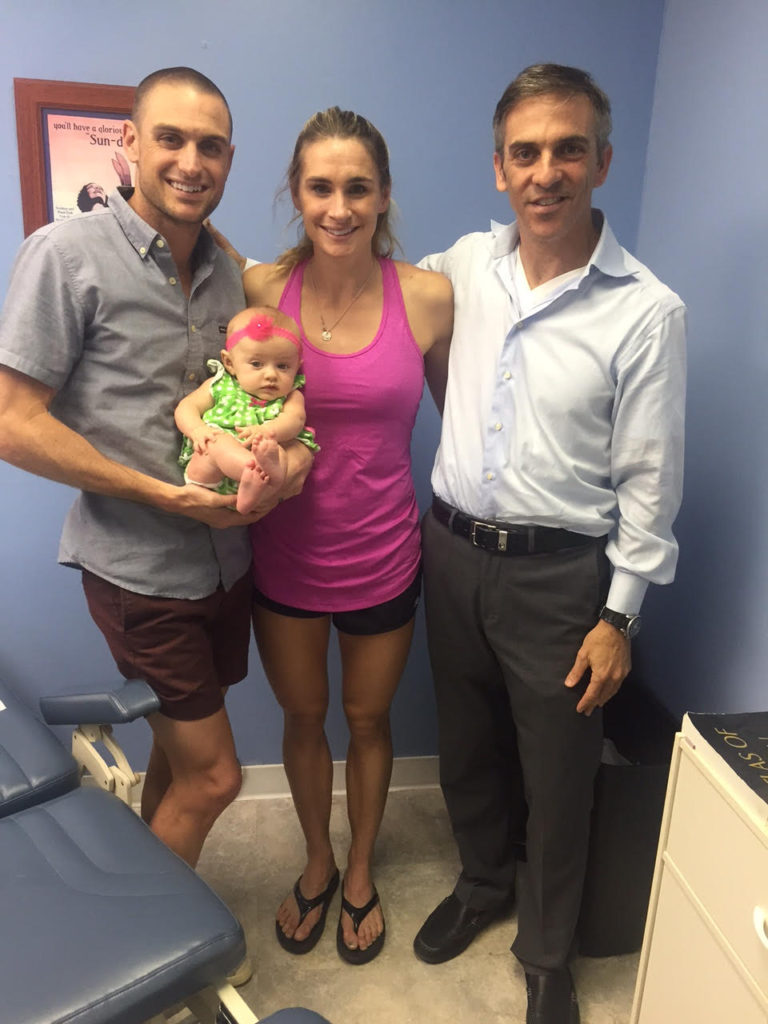