Fit Foot U w/ Dr. Pearl: Gary Hall, Jr. Telling it Like It Is

Conversation with Gary Hall, Jr., regarding his life as... 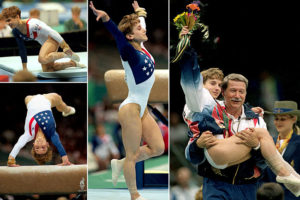 The third contest winner for inspirational Olympic moment was won by Phil in Arlington for describing Kerri Strug’s vault on an injured ankle. Kerri Strug competed with an injury to her ankle ligaments at the 1992 Barcelona games. In dramatic fashion she was able to complete her final vault by sticking her landing in traumatic pain. Phil insured his place on the podium when he stated how could a practice called Arlington foot and ankle not include an ankle injury as one of the memorable Olympic moments.